Click here for more information on this roadside safety check 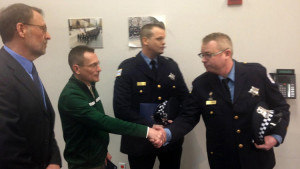 Chicago Police Officers Joseph Groh and Mark Czapla were honored today along with Christopher ‘Zet’ Smith and Ray Robinson for their bravery during an attempted robbery at a Walgreens on February 14, 2015.

This alert gives notice to businesses in the 25th District of a pattern of small retail store robberies.  There have been three incidents where an offender enters a business establishment, displays a knife, and demands money.

*In the incident on Belmont the offender fled in a blue colored vehicle with temporary license plates.

This alert gives notice to residents of the 19th District (Town Hall) of burglaries that have occurred in the month of March where offender(s) have entered apartments while residents were at home asleep.

Community Alert for Burglaries in the 19th District (Town Hall) 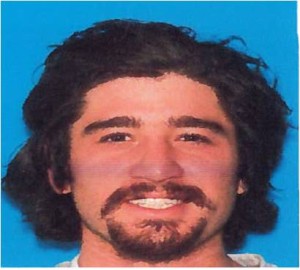 On March 13th, 2015, at approximately 3:00 am in the 5400 block of South Hyde Park Blvd, the above subject, Ross Jacobs attacked and stabbed his 27 year old male roommate multiple times, causing severe injuries. Ross Jacobs then fled from the apartment, direction of flight unknown.

Please note the offender is NOT a student at the University of Chicago.

Mathew Price was arrested after he was identified as the driver who struck and killed a 22-year-old female pedestrian. The traffic crash occurred in the 5900 block of S. Halsted St. on March 12, 2015 at approximately 1:45 p.m. Price did not stop after he struck the victim and was apprehended a short time later at 5300 S. Union. Price was charged accordingly.

This alert gives notice to citizens in the 012th District of robbery related incidents that have occurred during the month of March. In these incidents, the female victim’s are approached by unknown male offenders who strike them and flee with their property.

This alert gives notice to the residents of the 11th District (Harrison) of two Aggravated Robberies that have occurred in the month of March. In both incidents, the offender implied that he had a handgun and demanded property from the victim.