This alert gives notice to businesses in the 25th districts of a pattern of burglaries being committed. The offenders make forced entry into the businesses by various means and takes property. 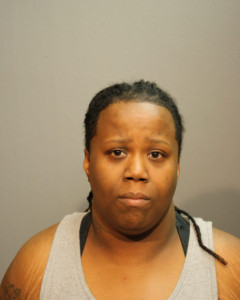 Kizzie Cunningham, 37 was arrested on April 26, 2015 at approximately 1:10 p.m. Chicago Police Area North Detectives released a surveillance photo to the public asking for help in identifying a suspect. As a result, several tips about the suspect aided investigators in apprehending Cunningham. She was charged accordingly. Detectives are still seeking her co-offender. She can be described as a female black in her 40s, approximately 5’06”, 180-200 lbs, with long brown hair and a dark leather jacket. This second suspect goes by the name “Dawn”. Anyone with additional information is asked to contact the Bureau of Detectives –Area North at 312-744-8263.

CPD Community Alert 15th District Robberies _P15-N-104_This alert gives notice to citizens residing in the 015th District (Austin) of an increase in robbery related incidents that have occurred during the month of April.  In these incidents, unknown offender(s) approach victims while they are inside a gas station or just as they walk out of the gas station and rob them of their property

This alert gives notice to citizens residing in the 015th District (North) of an increase in Armed Robbery related incidents that have occurred during the month of April.  In these incidents the victim, while on the internet, connects with an unknown subject who requests to meet. Upon arriving on scene, victim is robbed at gunpoint by offender(s).   26Apr15 015th District-Robberies, P15-N-103CA

CPD 15th District Burglaries _P15-N-102_This alert gives notice to citizens residing in the 015th District (Austin) of an increase in Burglary related incidents that have occurred during the month of April.  In these incidents, an unknown offender(s) forces their way into an empty or foreclosed residence and removes the copper piping as well as other fixtures inside the residence.

CPD Community Alert: 25 Apr 15 15th District Burglaries _P15-N-101_This alert gives notice to citizens residing in the 015th District (Austin) of an increase in Burglary related incidents that have occurred during the month of April. In these incidents, an unknown offender(s) enters an open overhead garage door or an unlocked side garage door and removes property. 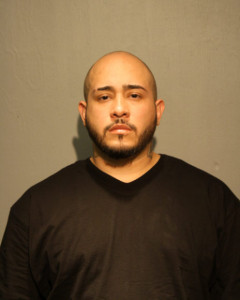 Charges for GustavoVillagomez & Kevin Martinez _Agg Assault PO_VillaGomez and Martinez were both arrested and charged with firing a handgun at an off-duty Chicago Police Officer.  The incident occurred April 23, 2015  at approximately 10:55 pm on the 2600 block of W. Division.  The officer was at a red-light when the offenders approached him on the passenger side of his vehicle in an SUV.  The offenders then began yelling gang slogans to the officer, who then identified himself as a Chicago Police Officer.  The officer began to drive away at which time the offenders fired a shot in the direction of the officer as they chased him down the street, firing a second time as the officer turned onto North Ave.  The officer then drove to the 014th (Shakespeare) district and was able to give a description of the offenders and their vehicle.  014th district officers immediately responded and apprehended the offenders, who were then positively identified by the officer and charged accordingly.  Martinez was currently out on bond for a prior firearm’s related charge.  No further information is available.