Geno Rhodes was arrested and charged in connection to an August 21, 2015 stabbing incident that occurred on the 1300 Block of North Burling St. at approximately 1:30 a.m., during which he stabbed a 48-year-old male victim in the back during a physical altercation. No further details are available at this time. 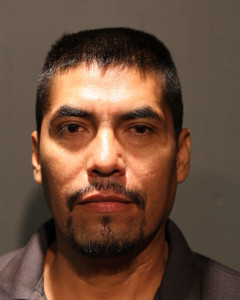 Isidrio Valverde  was arrested and charged after being identified by victim as the person who sexually assaulted her on 20 Aug 15 on the 900 block of W. Belden. During the course of arrest Valverde intentionally struck an arresting officer with his vehicle in an attempt to defeat the arrest. The officer was taken to an area hospital where the officer was treated and released.

This alert gives notice to citizens and business owners residing in the 011th District (North) of robbery related incidents that have occurred during the month of August. In these incidents, an offender used force and the threat of force by displaying a handgun, and taking USC from Ice Cream truck drivers.

Three Strong Arm Robbery incidents have occurred in the 17th District. In these cases, a Male Hispanic offender approaches a female victim, demands her chain/necklace and grabs the necklace from the victim’s neck.

This alert gives notice to the residents of the 18th District (Near North) of two criminal sexual assaults and one attempt criminal sexual assault. In each crime the lone female was walking home in the early morning hours in the Lincoln Park area and was approached from behind by an unknown male. On August 9, 2015, and August 20, 2015 the offender grabbed the victim and assaulted her. On August 15, 2015 the lone female walking home was approached from behind and held by the offender. In this case, the victim was able to fight off her attacker. In two of attacks, which occurred on the August 15th and 20th, the victims were at the entryway of their respective residences. After each assault, the offender then fled on foot.

This alert gives notice to residents of the Morgan Park (22nd) District of nine recent burglary incidents that occurred in the Washington Heights neighborhood on beat 2222 during the month of August 2015. In these incidents, a group of two to four male offenders make entry into houses through a window, taking property from within the residence and exit through the back door. The area in which these burglaries occur is 8800 S. – 9100 S. Morgan west to Throop St. Incidents mostly occur during daytime and evening hours.

This alert gives notice to citizens residing in the 008th District (Chicago Lawn) of burglary incidents which have occurred during the month of August. In these incidents, offender(s) have gained entry into residences through a side/rear window and have taken property from therein.