This alert gives notice to citizens residing in the 009th District (Deering) of burglary incidents which have occurred during the month of December. In these incidents, unknown offender(s) gain entry into residences and take property from therein. 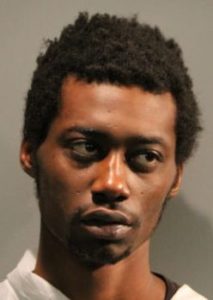 Lavarsierre Howell was arrested after he was identified as the man who shot two men during a domestic related altercation. This incident occurred in the 7500 block of S. Stony Island on December 16, 2015 at approximately 6:40 p.m. A 26 year old man was transported in critical condition to Stroger Hospital with multiple gunshot wounds to the body. A second victim, male 24, was treated and released from South Shore Hospital with a gunshot wound to the hand. Howell was charged accordingly. No further information is available at this time. 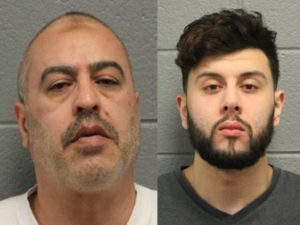 Asad A. Abumuslem, 52, of the 9700 block of S. Ridgeland Avenue, Oak Lawn, and Saad Abdulhadi, 22, of the 14300 block of S. Springfield, Midlothian were each charged with one felony count of Continuing Financial Crime Enterprise and one count each of felony Theft.

Operation “Clean Break” was conducted over a span of ten months by Intelligence Section Officers in conjunction with the Asset Forfeiture Unit. Acting on gathered community intelligence, police launched an investigation into allegations that the businesses in question were purchasing stolen iPhones and reselling them to unsuspecting customers. Further investigation revealed that the targeted businesses were also selling untaxed stamped cigarettes and counterfeit merchandise.

Officers were able to utilize a variety of investigative techniques, including several undercover buys, and video and electronic surveillance to identify and apprehend the two offenders charged. Officers recovered nearly $68,000 dollars, a sizable quantity of untaxed cigarettes, and three vehicles including a Mercedes SL550. 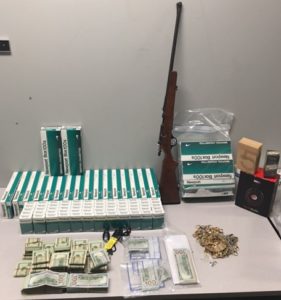 This alert gives notice to businesses in the 018th District (Near North) of an increase in Commercial Burglary related incidents during the month of December. In these incidents, the offender(s) force entry to a commercial establishment (usually by breaking a window) and remove property from within. These incidents have occurred in the early morning hours of the day.

This alert gives notice to residents of the 8th District (Chicago Lawn) of a Sexual Exploitation of a Child incident as well as two Child Luring incidents that occurred on or near the 3800 block of West 59th Street on the dates of November 23rd, November 24th and December 11th, 2015 between the hours of 7:00 a.m. and 8:00 a.m. A female minor reported that the same described offender, driving a medium sized grey 4-door vehicle, approached her on three (3) separate occasions and offered her a ride. The female minor reported that on the third occasion the offender was fondling his exposed penis.

Good morning. Thank you Chairman, Committee Chairs, the Committees on Public Safety and Human Relations, and the other members of the council for the opportunity to address you today.

I recognize the seriousness of the events that brought us together today and welcome the opportunity to answer your questions about some of the most important issues facing the Chicago Police Department and the City of Chicago.

As the Mayor acknowledged in his speech last week, an independent panel of industry experts along with the United States Justice Department have begun their work to closely scrutinize our policies and practices.

Like the Mayor, I welcome these investigations and pledge the full cooperation of my office and the entire Department.

I believe it will make our department stronger and better, it will help rebuild trust in the men and women who work hard as officers every day, and ultimately make us better at fighting crime and keeping our communities safe.

We as a department must confront these challenges, and in this role I intend to lead us forward.

This alert gives notice to citizens residing in the 011th District (Harrison) of robbery related incidents that have occurred during the months of November and December. In these incidents, an offender used force and the threat of force by displaying a handgun, and taking cell phones, wallets with identification and credit cards from citizens on the street.

Two robbery / thefts incidents have occurred in 11th District during which an offender entered a retail store (Dollar Store), forcibly seized a cash drawer and subsequently fled on foot from the scene.