This alert gives notice to residents of the 002nd District (Wentworth) of a Public Indecency incident.  On Wednesday, December 15th, 2015, on the 4700 block of South Ellis at approximately 9:40am, a female minor was walking to school when an unknown offender, exposed his genitals to the female minor. The offender was seated in a black 4-door vehicle. The female victim immediately fled the scene and contacted the police. 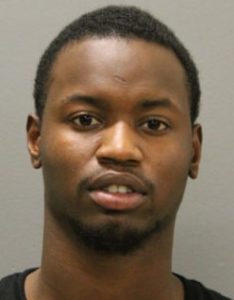 Demarco Bennett was arrested after he was identified as the man who fired shots at a 26 year old man, fatally striking him. This incident occurred on December 13, 2015 in the 7200 block of S. May St. at approximately 10:05 a.m. Bennett fired shots at the victim as he was outside. He then fled the scene in a vehicle at a high rate of speed. Responding officers were able to curb the vehicle and detain him after a brief foot pursuit. The victim was taken to Christ Hospital in critical condition with a gunshot wound to the head. He was later pronounced. Demarco Bennett was charged accordingly. Another male suspect was also arrested and later released without charging. No further information is available at this time.

On Sunday, December 13, 2015, at approximately 12:15 p.m., a 15-year-old female victim was walking southbound on the 6500 block of South Pulaski. A male Hispanic approached her on foot and asked if she needed a ride (in Spanish). The victim went into a store and asked the store clerk to call the police. The offender followed the victim into the store and continued to try and talk to the victim. The offender then left the store and was last seen traveling westbound on the 6600 block of South Pulaski in a royal blue pick-up truck. 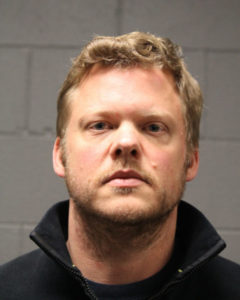 Jeremy J Lind turned himself into 001st District (Central) on December 14, 2015 at 4:08pm. He was then placed into custody and
charged with Criminal Sexual Assault. The offender had inappropriate encounters with an underage victim. No further
information is available at this time.

Click here to view more information on the Arrest

This alert gives notice to citizens residing in the 015th District (Austin) of Robbery related incidents that have occurred during the month of December. In these incidents, two unknown male black offender(s) approached victim, point a handgun at them and proceed to take their property.

This alert gives notice to citizens of the 018th District (Near North) of Robbery related incidents during the month of November/December. In these incidents, 2-3 armed offenders exited a vehicle, approached victims on the street and demanded $USC. 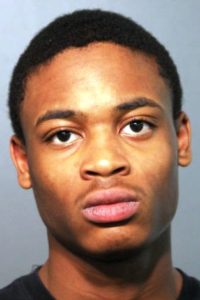 Ralph Banks was arrested after he was identified as one of the shooters from the 1100 block of W. Patterson Ave. on 13 December 2015 at approximately 3:05 a.m. Banks was pursued by responding officers and was arrested without incident. Also recovered was a loaded .40 caliber handgun. No further information is available at this time.

Interim Chicago Police Superintendent John J. Escalante today announced a new leadership team at the Police Department through a series of command staff promotions, leadership assignments and an organizational realignment. The moves will build on CPD’s public safety efforts, filling critical vacancies as the department continues to fight gun violence and as the urban centers around the world manage heightened awareness around terrorism. They will also bring diversity at the department’s senior command ranks to a historic level. Now fifty-percent of police chiefs and fifty-percent of deputy chiefs are African American and more women are serving in executive leadership roles.

“These men and women represent the very best of the Chicago Police Department, and I know they will continue to serve our city and our residents with honor,” said Interim Superintendent John Escalante. “Just as I am proud of each of these leaders individually, as the grandson of Mexican immigrants I am proud of the fact that this leadership team draws on the strengths of our entire city. At the same time we are working to recruit a class of officers that better reflects the makeup of our city, we will now have the most diverse leadership team in department history – a fact that will aid the community engagement and partnerships that are critical to our public safety efforts.”

In conjunction with the new command roles, Escalante announced the realignment of the Department’s gang enforcement teams to concentrate police resources and operational flexibility to the city’s twenty-two police districts. The gang enforcement teams will now be organized under the three Police Service Areas and accountable to the Area Deputy Chiefs. This is an enhancement to the existing structure which was organized under one centralized unit and will aid in the department’s effort to better target gang violence on a localized level.

The department is also in the middle of its first recruitment campaign in two years. As part of the effort, CPD is making a specific effort to increase minority participation in the written exam to drive greater diversity among its ranks. In addition to an advertising campaign, police officers are visiting churches, schools, and community events across the city to promote this opportunity and the advantages of joining  the Police Department.

Last week the Chicago Police Board, an independent entity from the Police Department, announced the application period for the new police superintendent. The appointee, expected to be named late in late February, will have the full authority to run the police department, including operations and personnel.

Commander Mark Harmon and the 022nd District decided that it should be about “Giving to Others in the Community” when celebrating Beat 2234’s Christmas Party. The District adopted families from nearby Schoop Elementary from 111th S. Bishop offering a luncheon and gifts to the children. The service to the community did not end there. The 022nd District “Review Officer” collected donations from District personnel to provide a special Christmas for a grandmother raising six grand kids who’s mother had fallen victim to violence. 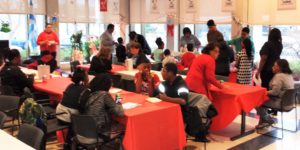 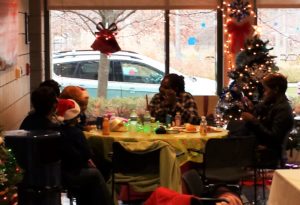 WANTED for Fatal Hit and Run:  A light colored SUV possibly a Buick Enclave Vehicle with extensive front-end damage and a broken windshield. The vehicle was last seen travelling southbound on Central Avenue from eastbound Higgins.

On December 4, 2015 at approximately 8:20 P.M. a 76 year old pedestrian was fatally struck by a vehicle matching the above description on the 4800 block of N. Central Avenue.

If you have any information regarding the accident, please contact the Chicago Police Department Major Accident Investigation Unit at (312) 745-4521. Reference: RD#HY-525136