incidents which have occurred during the months of March and April. In these 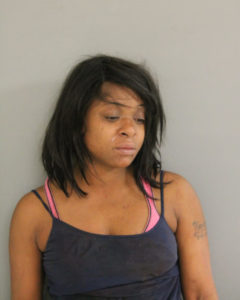 Cannon was arrested in connection to a domestic-related murder that occurred in the 8000 block of S. Ingleside on April 19, 2016 at approximately 2:35 a.m.  During an argument, Cannon stabbed her 37 year–old husband in the neck with a knife. The victim was transported to Northwestern hospital where he was subsequently pronounced.  Cannon was arrested on the scene and charged accordingly. No further details are available at this time.

waiting on the Kedzie pink line platform, she was approached by an offender who

displayed a handgun, demanded her property, and took it by force. Area Central

Detectives are asking for assistance identifying this offender

occurred in the month of April. In these incidents, unknown offender(s) entered residences

through the rear doors or rear/side windows. The offender(s) have taken property that had

been left in clear view of the point of entry. Items targeted were USC, wallets, purses, and

This alert gives notice to the residents of the 010th District (Ogden) of an Aggravated Battery with a Firearm which occurred on the 2200 block of S. Marshall Blvd on April 10th, 2016 at approximately 1:00 A.M.  The victim was inside his parked vehicle when the offender approached on foot and fired several gunshots striking the victim before fleeing southbound on foot. 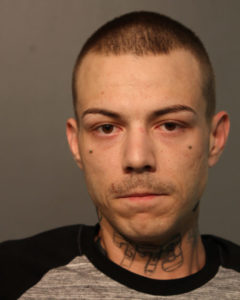 Daniel Zampini, 26 was arrested after he was identified as the person who shot a 38 year old man on April 15, 2016 at approximately 1:10 a.m. in the 0-100 block of S. Mayfield. The victim was standing outside when shots were fired from a passing black car. He was taken to Mt. Sinai Hospital in serious condition with 2 gunshot wounds to the abdomen. Zampini was also identified as the man who fired shots at a vehicle minutes prior. This incident occurred on 100 block of N. Austin at approximately 1:05 a.m. A 20 year old female and 20 year old male were driving when Zampini pulled alongside them and fired shots. They were not injured in the incident. Zampini was charged accordingly. 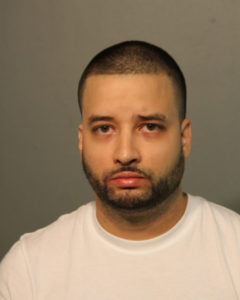 Jose Ortiz, 31 was arrested after he was identified as the person who shot and killed two men. This incident occurred on June 7, 2015, at approximately 3:50 a.m. in the 1600 block of N. Cicero Ave. Two males were driving when a vehicle pulled alongside and an occupant fired shots at the vehicle, striking both victims. A 19 year old man sustained a gunshot wound to the head and torso. The second man, 19 years old, sustained a gunshot wound to the torso. Both victims were taken to Stroger Hospital in critical condition but later succumbed to their injuries. Ortiz was charged accordingly. 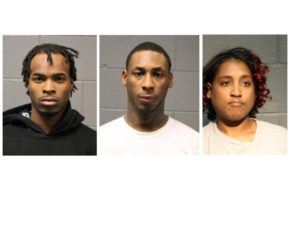 Donald Williams, 19, Niko Hines, 23, and Raven Gillespie, 30 were arrested April 12th, 2016 after officers curbed their vehicle on the 0-100 blk of N. Homan Ave. at approximately 12:00 A.M. which matched the description of one used in multiple armed robberies in the 012th District.  Williams fled on foot from the vehicle but was apprehended without incident a short distance away.  Hines was in possession of narcotics and all three offenders were in possession of a firearm.  Area Central Detectives were able to positively identify Williams and Hines as the offenders who performed two separate Armed Robberies on the 2300 blk of W. Monroe on April 1st, 2016 in the early morning hours depriving the male victims (67, 59, 60) of money shortly after they made a withdrawal from an ATM machine.  All three offenders were charged accordingly.

The juvenile offender was arrested with three other males after being identified as the individuals who discharged a pellet gun in the direction of two officers, striking one of the officers. The incident occurred in the 0 -100 block of N. Cicero Ave. on April 15, 2016 at approximately 10:30 p.m. The officer was taken to an area hospital with a non-life threatening injury. The 16 year old male was charged accordingly as a juvenile and the three other males were released without charging.

This alert gives notice to businesses in the 015th District (Austin) of Burglary related incidents that have occurred in the months of March and April. In these incidents, an unknown offender(s) pried open the front/rear door of the business and removed electronic items and cash. In one incident, the offender(s) disconnected the power to the business and attempted to pry open an ATM machine.