This alert gives notice to residents of the 4th District (South Chicago) of two recent robberies reported on Beat 421. In each incident, the offender(s) approached the victims from behind and forcibly removed jewelry from their person. For More Information Click Here

*Including Semi-Automatic Weapons, CPD has Confiscated More than 4,230 Guns so far in 2016 *

In its continued fight against illegal guns and gang members who use them, the Chicago Police Department is announcing today it executed a search warrant on Friday that resulted in the seizure of more than 30 illegal guns and a supply of drugs.

The raid occurred at a residence in the 16th District as part of an ongoing investigation early Friday morning. Officers identified a target who sold them drugs, and had stashed guns and drugs in a residence at Newcastle and Gunnison Street. CPD is working with its counterparts at the Bureau of Alcohol, Tobacco, Firearms and Explosives on this investigation. Weapons like those confiscated today are responsible for fueling violence on Chicago’s streets this summer.  “The Chicago Police Department continues to demonstrate that gun violence will not be tolerated this summer, and today’s raid is one of many that we’ve conducted in recent weeks to keep our streets safe,” said Anthony Riccio, Chief of Organized Crime. “While we are leaving no stone unturned in our efforts to target repeat criminals who drive the violence in our city, the confiscation of guns like these demonstrates the need for stricter gun laws. For every gun we take off the street, we have the potential to save another life and make our neighborhoods safer.”

Since January 2016, CPD has worked with community partners to take more than 4,230 guns off Chicago’s streets –that is one gun every hour.  Today’s announcement follows news earlier this week that CPD arrested more than 24 offenders on gun and drug charges as part of a raid against gang members called “Operation Bee Sting”. A total of 7 illegal guns were seizedduring search warrants related to the operation, and detectives believe the targeted gang faction may be linked to several murders and as many as 30 shooting incidents. 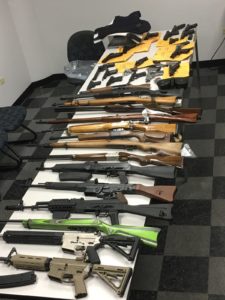 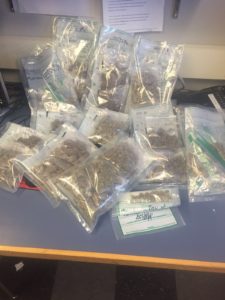 O’Neal was arrested on the 3900 block of W. Grenshaw on June 13, 2016 at approximately 3:16 p.m. Officers, while conducting a narcotics investigation, attempted to initiate an investigatory stop on O’Neal at which time he fled on foot. As Officers caught up to O’Neal, he resisted arrest, a struggle ensued and he was eventually placed into custody. Narcotics were recovered from the scene and inventoried. After further investigation, an active arrest warrant was obtained on June 16, 2016. Officers, aware of the active arrest warrant, attempted to apprehend O’Neal at which time he resisted arrest. Officers were able to place him into custody. O’Neal, a convicted felon, was charged accordingly. No further information is available at this time.

There have been recent Burglaries in the 17th District. In these cases, an unknown offender forcibly enters the victim’s residence by forcing open a rear door or breaking a lower level window. In one case, an offender enters through an unlocked window. In all of the cases, the offender takes jewelry, computers, video game systems and USC.

This alert gives notice of several commercial burglaries that have occurred in the 011th District in May and June.

This alert gives notice to the citizens in the 12th District of robbery incidents which have occurred on Beats 1234 and 1235 on June 15, 2016. In these incidents, one to four male blacks approach the victim while armed with a handgun and demand proceeds from the victim. The offenders then flee to an unknown vehicle. For More Information Click Here

This alert gives notice of two recent incidents in which businesses were robbed. These incidents occurred within the boundaries of the 19th District. In these robberies, two male black offenders enter the business, and one of the males displays a handgun to the store employee. The offenders then remove money from the register and take cigarettes from the business. For More Information Click Here

There have been recent Burglaries in the 17th District. In these cases, an unknown offender forcibly enters the victim’s residence by either prying open an entry door or entering through an unlocked window and removes property.  For more information click here.