This alert gives notice to citizens residing in the 009th District (Deering) of burglary incidents which have occurred during the month of July.

This alert gives notice to residents residing in the 6th district (Gresham) of robberies that occurred between 16 July 2016 and 19 July 2016. In these incidents two to three unknown male black offenders approached the victim(s) and displayed a handgun and demanded money or anything of value. The offenders may be driving a silver van or black SUV. 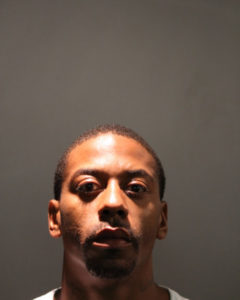 Andrew Smith was positively identified as the offender of a shooting incident on the 6700 block of South East End Ave on July 19, 2016 at approximately 6:37 p.m. During this incident, Smith approached a male 38, and fired several shots before fleeing. The victim was taken to Northwestern Hospital with a gunshot wound to the chest and was later pronunced. Smith was taken into custody a short distance away and charged accordingly. A weapon was recovered. No further information is available at this time.Click here for more information.

This alert is being issued to warn citizens of the 019th District of Criminal Damage to Vehicle incidents that have occurred on Beat 1911. During these incidents an unknown offender fired shots from an unknown firearm which caused broken windows and damage to parked vehicles.

On July 11, 2016, at approximately 8:55 a.m., a 12-year-old female victim was walking northbound on the 500 block on N. Monticello Ave. when she noticed that an unknown male white, driving a silver minivan was following her.

This alert gives notice to citizens residing in the 009th District (Deering) of garage burglary incidents which have occurred during the month of June/July. In these incidents, offender(s) gained entry into residential garages and took property from therein.