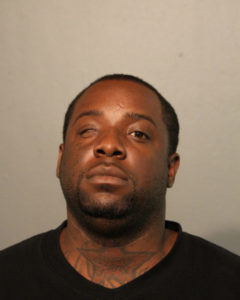 Ricky Dortch was arrested on June 30, 2016 in connection to a murder that occurred on the 3000 Block of W. Van Buren on August 26, 2015 at approximately 10:35 a.m. The offender was positively identified as the person, who played a key role in assisting in the murder of a male victim, age 23, who sustained a gunshot wound to the head, and another male victim, 22, who sustained a gun shot wound to the back. The victims were transported to Stroger and Mt. Siani Hospitals in critical condition and expired from their wounds. Two additional victims males, both 22 sustained gun shot wounds and where treated and released from local hospitals. Dortch has been charged accordingly. No further details are available at this time.
Click here for more information. 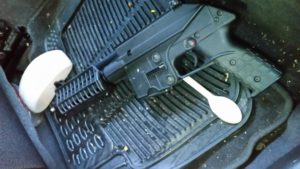 CPD Conducts Another Successful Gang Raid Heading into the Holiday Weekend Continuing its work to fight crime and hold gang members accountable going into the 4th of July weekend, the Chicago Police Department concluded its second consecutive raid against violent criminal street gangs late Friday. 88 individuals were arrested on felony and misdemeanor charges. Of those, 55 were convicted felons and 16 of them were currently serving sentences on parole for earlier crimes. 8 firearms were seized during the operation and 20 search warrants were executed across the 11th and 15th Districts. Of the 88 offenders arrested, 76 are on CPD’s Strategic Subject List. Click here for more information.

CHICAGO – As the busy holiday weekend begins, the Chicago Police Department, Federal Bureau of Investigation, Illinois State Police Department, Cook County Sheriff’s Office and Chicago Office of Emergency Management and Communications are working together to enhance enforcement efforts and augment security resources to ensure the safety of residents, visitors and those traveling in Chicago and through the adjacent expressway systems.

Chicago Police Superintendent Eddie Johnson announced that beginning today, thousands of uniformed and plain clothed CPD officers will be joined by FBI agents, State Troopers and Sheriff’s Deputies to ensure Chicago has a safe and enjoyable holiday weekend. In addition to a heavy police presence on highways, and major thoroughfares, including Lake Shore Drive, extra police officers will be highly visible in neighborhoods throughout the city, and at city parks, along the lake, and at Navy Pier on the 4th. CPD sent a strong message that violence and gang activity will not be tolerated when it completed a raid this week striking at street gangs throughout Chicago.

Similar to other major holiday weekends, Illinois State Police Director Leo Schmitz announced that the ISP is stepping up its presence on expressways and highways around the city of Chicago, and will be conducting joint traffic enforcement initiatives with CPD.

Several major events with large crowds are scheduled for this weekend, including Fourth of July celebrations at Navy Pier on Saturday and Monday,  Guns N’ Roses concerts at Soldier Field on Friday and Sunday, Modest Mouse concert at Northerly Island on Saturday and both Sox and Cubs home games on Monday. Fans attending events should be aware of the prohibited items and security checks in order to provide a safe environment for all.

In addition, Taste of Chicago street closures have gone into effect for the annual food fest starting July 6 in Grant Park.  Columbus is closed from Roosevelt to Monroe (Balbo remains open);

Congress from Columbus to the semi-circle and Jackson from Michigan to Lake Shore Drive are closed through July 11.

Attendees at events as well as the traveling public are urged to be aware of surroundings and report suspicious activity that appears to be an imminent threat to 9-1-1.  OEMC Managing Deputy of Operations Rich Guidice stated that everyone has a role to play a role in keeping Chicago safe – and while law enforcement agencies are enhancing security and OEMC will monitor activities, everyone should be cognizant of any situation that may warrant attention.  Some of these activities could be innocent, but it’s up to law enforcement to determine whether the behavior warrants investigation.

OEMC will also be monitoring events, as well as weather conditions, throughout the weekend and traffic control aides will be deployed to assist with traffic management.

of individuals who are largely driving the violence in Chicago — accountable for their crimes.

streets before an adequate amount of time is served, while still allowing judges to use discretion to

impose lighter sentences if there are significant mitigating circumstances.

Violence in Chicago this year has been driven by repeat gun offenders, and it is clear that they are

no longer deterred by Illinois’ current laws. In fact, more than 50 individuals involved in shootings

policies were already in place. Furthermore, more than a dozen individuals who were arrested for

“Repeat gun offenders are driving the violence in Chicago. We know who they are, we know

where they live, and we know the kind of destruction they can wreck on communities. The

Chicago Police Department is working hard to keep them off this street, but we need help from the

justice system to hold them accountable for their actions,” said Superintendent Johnson. “With this

legislation, we can hold these individuals accountable, deter potential offenders from committing

At today’s event, Superintendent Johnson and State Senator Raoul were joined by elected

“The challenge of addressing gun violence is not one just for law enforcement: it’s one for all of

crime in our communities. Part of that solution is legislation that ensures that repeat gun offenders

are held accountable for their actions, while at the same time maintaining judicial discretion to

consider the facts of a particular case. This is the beginning of an important conversation about

in Chicago, including seizing more than 4,300 guns since January — a 30 percent increase from

last year. CPD has also made more than 1530 gun arrests this year, a 9 percent increase from

last year. But it is clear that there are far too many illegal guns on the streets, used by criminals

with previous arrest histories, and this legislative effort aims to complement CPD’s work. The

legislation grows out of conversations between Superintendent Johnson and Senator Raoul –

In 2013, Mayor Emanuel led an effort for stricter gun laws aimed at repeat offenders. The

legislation sought to increase penalties for several gun crimes, including a 3-year mandatory

percent of their sentence.

Moving forward, ongoing conversations will drive this piece of legislation as lawmakers in