On September 13, 2016, at approximately 2:51 p.m. on the 6400 block of West 62nd St., (2) unknown offenders attempted to lure an adolescent female into their vehicle. The victim was walking home from school and a light blue Dodge Minivan drove alongside and stopped. The passenger stated, “Come here!” The victim then ran home as the offenders followed in their vehicle.

In addition, the Breath Alcohol Testing (BAT) Mobile Unit may also be deployed to allow officers to expedite the process of charging a person with Driving under the Influence (DUI) prior to transporting an alleged into the nearest lockup for bonding. The mobile unit also allows for Individual Recognizance Bonds (I-Bonds) to be issued at the site of the DUI Strike Force Patrol.

During roadside safety checks, police officers slow down traffic, stop cars at regular intervals and watch for drivers who show signs of alcohol impairment and other violations as noted below.

This program is conducted year round to ensure drivers are operating their vehicles safely. This is part of an ongoing strategy to keep the city streets safe for Chicago’s residents and commuters. 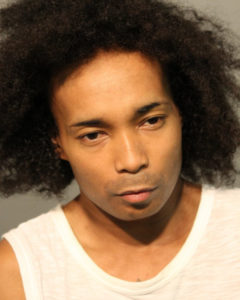 Steven Thompson and Sadarian Washington were arrested after they were

forcefully took the victim’s purse. While being placed into custody

Washington became combative with officers and caused damage to a police

vehicle. Washington was taken to IL Masonic for treatment of a cut to his

hand. Thompson and Washington have been charged accordingly. No further

information is available at this time.

This alert gives notice to businesses operating in the 001st District (Central) of an increase in burglary related incidents during the month of September.

On September 14, 2016, at approximately 5:40 p.m., the 13-year-old female juvenile victim was riding her bike on the 5200 block of North Northwest Highway when she noticed a parked white wan and the unknown male driver standing outside his vehicle door.