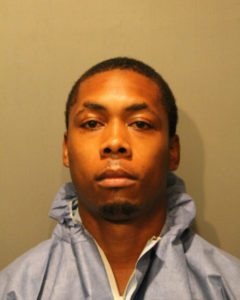 On August 28, 2016, at approximately 3:13 p.m., 8th District (Chicago Lawn) Officers were on routine patrol in the vicinity of the 5800 block of S. Maplewood Ave., when they heard shots fired. As officers approached to investigate, Rivers fled and a foot pursuit ensued. Rivers pointed a handgun in the direction of an Officer. The officer, in fear for his life, discharged his weapon. Rivers was not struck and was taken into custody. A weapon was recovered on scene. Rivers was charged accordingly. No further information is available at this time. For More Information Click Here