This alert gives notice to the residents of the 17th District (Albany Park) of two aggravated robberies that have occurred.

This Community Alert gives notice in the 012th District (Near West) of burglary related incidents which have occurred during the month of March. In these incidents, offenders enter the victim’s garage and steal personal items from within.

24 MAR 17 – CA Wanted for Attempt Child LuringOn March 23, 2017, at 7:50 a.m., the 11 year old minor female victim was walking towards the bus stop near the 7500 block of North Ashland. A dark color Van stopped at the viaduct near Ashland and Rogers with the driver side window half down. The unknown driver told the victim to come over by him. The victim in fear for her safety returned to her mother and informed her what occurred. The offender fled the scene in unknown direction. 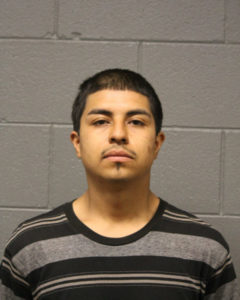 Campos was placed into custody after being positively identified as the offender involved in several burglaries in the Pilsen area. 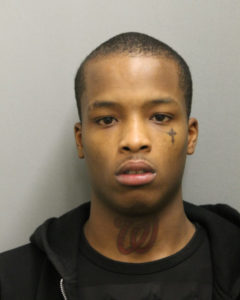 Harris was placed into custody after being positively identified as the offender of an Aggravated Battery which occurred on March 20, 2017 at 9:29 a.m. on the 2500 block of S. California.

Bureau of Detectives – Area North
Community Alert
Strong Arm Robberies
19th District
(Town Hall)
About the Crime:
This alert gives notice to recent Strong Armed Robberies that have occurred within
the boundaries of the 19th District (Town Hall). In these robberies, a group of
offenders approached the victims on the street, and all of the offenders began to
punch and kick the victims, knocking them to the ground. While continuing to beat
the victims while they are on the ground, the offenders also took property from the
victims.
Incident times and locations:
• 2700 block of W. Lawrence on March 7, 2017 at 1:10am.
• 4500 block of N. Magnolia on March 7, 2017 at 8:30pm.
• 4500 block of N. Broadway on March 11, 2017 at 5:30am.
About the Offender:
There are several described offenders in these robberies. The offenders are Black
males between the ages of 15-25, varying in height from 5’9″ tall to 6’0″ tall. The
offenders have been wearing different colored hooded sweatshirts and blue jeans.
What you can do:
• Be aware of this crime and alert your neighbors.
• Pay special attention to any suspicious people loitering in the area.
• Call 911 immediately and provide a detailed description of the offender(s)
including any vehicle description and license plate information.
If you have any information Contact the Bureau of Detectives – Area North
(312) 744-8263
JA-177755, JA-178957, JA-183332
Reference: P17-N-073
Alert#P17-N-073(CA)
March 19, 2017