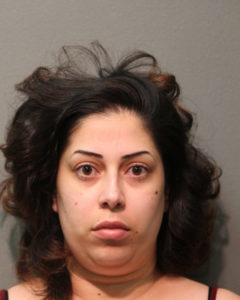 Falcon was placed into custody after it was discovered that on April 26, 2016 she falsely reported a burglary in the 2100 block of N. Spaulding Ave., and reported that firearms were stolen during the incident. Area North Detectives and ATF Task Force members determined that Falcon illegally purchased handguns using false information on January 19, 2016 which were then delivered to a convicted felon. Falcon then falsely reported the firearms stolen on April 26, 2016 during a burglary. Falcon was placed into custody on March 1, 2017 in the 3900 block of N. Newland Ave., at approximately 12:10 p.m., and was charged accordingly. No further information is available at this time. For More Information Click Here