CHICAGO – On Sunday, August 13, 2017, shortly before 6:00AM, an off-duty Chicago Police Sergeant observed a male subject behaving suspiciously on the 10000 block of S. Wood St. The Sergeant, who was in his personal vehicle at the time, began to question the individual who then became elusive and unresponsive.  During questioning by the off-duty Sergeant, the encounter escalated prompting the Sergeant to discharge his service weapon, striking the individual in the arm.  The man was transported to an area hospital where he was treated for his injuries and released.  At this time, a weapon has not been recovered.

Currently, the specifics of this incident, including the comprehensive use of force investigation are being investigated by the Independent Police Review Authority with the full cooperation of the CPD.

The officer(s) involved will be placed on routine administrative duties for a period of 30 days.

The matter remains under investigation and all further inquiries can be directed to the Independent Police Review Authority at (312) 746-3609. 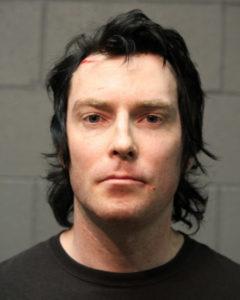 09 Aug 2017 – Christensen, Thomas, 34Christensen was arrested after being identied as the offender that approached a 29 year-old male and stabbed him in the face and neck. The incident occurred in the 1300 block of S. Linn Dr. on August 8, 2017 at approximately 9:28 p.m. during the incident a 34 year-old female sustained a laceration to the chest. Christensen was then knocked to the ground and detained. Both victims were transported to Northwestern Hospital. The 29 year-old male was transported in serious condition and the 34 year-old female was transported in good condition for a minor wound. Christensen was placed into custody and was provided medical attention on scene for superficial wounds. Christensen was charged accordingly and no further details are available at this time. 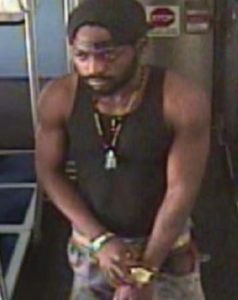 Bureau of Detectives – Area Central
Community Alert
ARMED ROBBERY
002nd District (Central)
Seeking to Identify
About the Crime:
Detectives are seeking the public’s assistance regarding an Armed Robbery incident
which occurred on July 24, 2017 at approximately 9:00 a.m. on the CTA Green line
train. The victim was on the train when she was approached by the offender near
Roosevelt. The offender, armed with a box cutter, forcibly took the victim’s property
from her hand and exited the train at 43rd St.
About the Offenders:
Male/black, approx. 25-30 years of age, height: 5″07-5’10”, weight 150-170lbs.
If you have any information Contact the Bureau of
Detectives – Area Central
(312) 747-8382
JA361051
JA361051
Aug 07, 2017