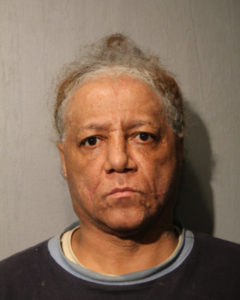 04 APR 18- Charge Release for Gino Bassett 1
Bassett was arrested on April 4th, 2018 at approximately 10:20 a.m. after he was positively identified as the individual who fatally stabbed a man on March 23, 2018 at approximately 2:27 a.m. in the 400 block of N. State. Bassett approached the 55 year-old victim in an alley and stabbed the victim in the neck.  The victim was transported to Northwestern where he was pronounced.  Bassett fled to the stairwell of the Grand and State CTA redline where he displayed a knife and threatened to stab two female victims ages 21 and 26 before fleeing.  After learning of his whereabouts, Bassett was placed into custody without incident and charged accordingly.  No further information is available at this time.