This alert gives notice to citizens residing in the 9th District (Deering) of burglary incidents which have occurred during the month of October.  In these incidents, the offender(s) gained entry by force into residences/garages and took property from therein. 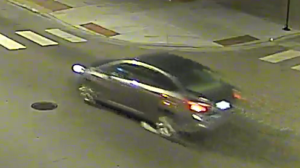 
On October 30, 2018 at 3:05 a.m., the above vehicles were involved in a hit and run accident which resulted in one fatality. The accident occurred in the 800 block of E. 79th Street (79th & Cottage Grove). A pedestrian was struck and dragged for several blocks. The vehicles fled eastbound from this location. Vehicle # 1 was reported to be a gray Ford Focus and Vehicle # 2 was reported to be a Nissan Altima with front end damage and fractured windshield. Both vehicles have 4-doors.


This alert gives notice to residents in the 8th District (Chicago Lawn) of Motor Vehicle Thefts which have occurred during the month of October. The offender(s) took the vehicles off the street by unknown means. In some incidents, the keys were left in the vehicle.


This alert gives notice to citizens in the 3rd District (Grand Crossing) of robbery related incidents which have occurred during the month of October. In these incidents the offender approached the victims on the sidewalk, produced a handgun, and demanded their property.


This alert gives notice to residents in the 16th District (Jefferson Park) of several residential burglaries that have occurred in the month of October. These incidents have taken place on Beat 1634, within the boundaries of Belmont Ave. to Irving Park Rd. and Cicero Ave to Long Ave. In these incidents, the unknown offender(s) gained entry by forcibly kicking or prying open the front, rear or side doors. The offender(s) also gained entry through windows. The offender(s) then took the victims’ property.


Area North Detectives are seeking to locate the above Nissan Rogue bearing an unknown Illinois license plate in connection with the homicide that occurred on October 25, 2018 at 6:40 a.m., in the 4100 block of W. Diversey under RD# JB-489160. The Nissan Rogue has tinted windows and is missing a front license plate.


This alert gives notice to businesses in the 14th District (Shakespeare) of aggravated robbery incidents which have occurred during the month of October. An unknown offender entered the businesses and looked at the merchandise displayed for sale. On one incident, the clerk challenges the offender since he recognized the offender from a previous shoplifting incident.  In another incident the offender demanded cash from the cash register.  In both incidents, the offender implied that he had a gun but did not display the weapon.  The offender took unknown amount of US currency and merchandise.


This alert gives notice to residents in the 15th District (Austin) of three recent armed robberies which have occurred during the month of October. The offenders are described to be displaying a shotgun or rifle. In one incident, the victim was approached by two offenders on foot as the victim was walking in the 5400 block of West Gladys Ave. One offender produced a long gun, possibly a shotgun, and took property from the victim. In two additional incidents, the victims responded to posts for items for sale on a website called Offer Up. The victims agreed to meet with the seller in the 5300 block of West Gladys Ave. Upon the victims’ arrival, multiple offenders approached on foot. One offender displayed a long gun as the victims’ property was taken by co-offenders before fleeing on foot with the victims’ property.