On January 9, 2019 at approximately 4:10 p.m. in the 9200 block of South Saginaw Avenue as part of a narcotics investigation, Omar Cano, 41, was found in possession of three bags of a green, leafy substance suspected of being cannabis weighing approximately 1,500 grams with an estimated street value of $24,000.

A search warrant of Cano’s residence uncovered an additional 46,658 grams of suspected cannabis with an estimated street value $746,528. Cano was taken into custody and charged accordingly. No further information is available at this time.

09 JAN 19 -South Side Man Charged with Possession of Cannabis


This alert gives notice to residents in the 10th District (Ogden) of robbery incidents that occurred during the months of December and January. In these incidents, the victim met the offender to buy a game console and the offender displayed a handgun and demanded or took the victim’s property by force. 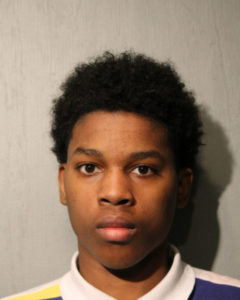 
This alert gives notice to residents in the 14th District of two aggravated and one attempt vehicular hijackings that have occurred recently.  In all three incidents, an unknown offender displayed a silver handgun and demanded the victim’s vehicle.  In two of the incidents, the offender was wearing a hooded sweatshirt and a white surgical mask.  In one incident, he was accompanied by a female offender.


This alert gives notice to businesses in the 14th District of two armed robberies that have occurred recently.  In both incidents, an unknown offender displayed a semi-automatic handgun and robbed the food delivery driver of cash and cellphones.


On Sunday, January 6, 2019, at approximately 5:45 p.m., in the 2300 block of West Rice St., an 84-year-old female victim was approached by an African-American male offender.  The offender grabbed the victim’s purse and arm and forcefully pulled the victim to the ground while taking the victim’s purse.  During the confrontation, the offender knocked a separate 85-year-old female victim to the ground causing injury.  The offender then ran to a waiting vehicle and fled the scene.


This alert gives notice to the residents of the 25th District (Grand Central), of recent armed robberies. In these incidents, one to three unknown offenders exited a small silver/grey vehicle (possibly Nissan), approached the victim and announced a robbery, all while armed with a handgun. The offender(s) proceeded to take the victim’s personal belongings.