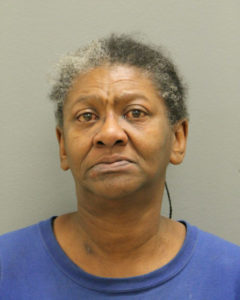 14 Dec 16- Charges for Willa Wickerson, 56Wickerson was placed into custody after being identified as the person responsible for the death of 1-month-old male. Officers responded to the 6600 block of S. Racine on December 7, 2016 at approximately 2:10 p.m. where the infant was reported unresponsive.