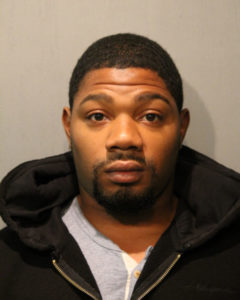 09 Dec 16- Charges for Olajuwon ClaiborneClaiborne was arrested after being identified as the offender who committed a Home Invasion on December 7, 2016 on the 5100 block of S. Long at approximately 11:52 a.m. During this incident, Claiborne entered into the home of a 94-year-old woman and battered the victim before taking her purse and fleeing the scene.