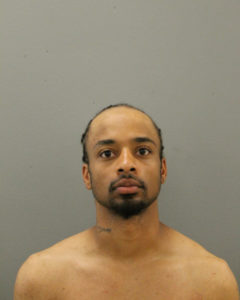 15 Jul 18-South Side Man Charged with Shooting at Police Officers
Truitt was placed into custody on July 13th, 2018 at approximately 10:00 p.m. after he was positively identified by officers as the individual who fired a handgun in their direction shortly before his arrest, knowing them to be police officers and acting in their official capacity.  A weapon was recovered and further investigation revealed three active warrants. No further details are available at this time.