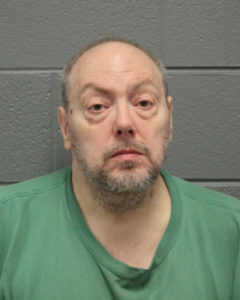 Dennis T. Long, 54 was arrested and charged in connection to an incident which occurred on January 21, 2016 in the 4300 block of N. Cicero Avenue at approximately 10:45 a.m.  An employee of a storage facility was emptying a storage unit for lack of payment when he inadvertently discovered sexually explicit photos of minors, as well as other suspicious articles, in a piece of furniture which was being discarded. Chicago Police were notified and further investigation led to charges against the offender who was listed as the lessee of the storage unit in question.