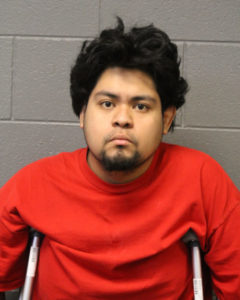 Giovanni Roman was placed in custody after investigation revealed he was under the influence of alcohol/narcotics while driving a 2001 Acura that crashed into a truck on April13, 2017 in the 6300 block of S. Harlem Avenue at approximately 4:04 a.m., causing the death of a 26-year-old male passenger and severely injuring a 23-year-old female passenger. Roman was arrested and charged accordingly. No further information is available at this time. For More Information Click Here