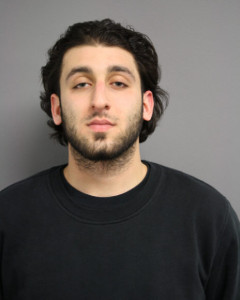 Melvin Atto was arrested in connection to an armed robbery that occurred on March 6th, 2015, on the 6700 block of North California Ave at approx. 2:31 am. He was charged after being identified as the male offender, who while armed with a knife, robbed and attacked a 32 year old male taxi driver. During the robbery, the victim sustained lacerations to his right arm and left leg and was transported to St. Francis in stable condition. Atto was arrested March 7th, 2015 on the 5900 block of North Sacramento Ave at 10:30 am. He is scheduled to appear in Central Bond Court this afternoon.