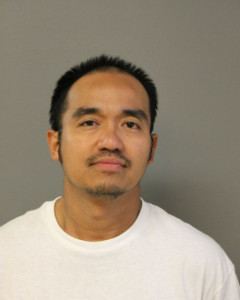 Noel Fulgencio was positively identified as the person who removed a suitcase from the O’Hare baggage claim on July 28, 2015, at approximately 9:00 a.m. The suitcase contained human hair wigs for cancer patients estimated to be valued at over $90,000.  Fulgencio was located on the 3000 block of W. Lawrence on July 31, 2015, at approximately 2:15 p.m. where he was placed in custody. During the course of the investigation, officers were able to locate and recover the suitcase and its contents. Fulgencio was charged accordingly.