On August 1, 2018 at approximately 10:45 a.m., a female was walking southbound in the 1100 block of N Cicero Ave., when an unknown offender approached the victim from behind and wrapped his arms around the victim’s stomach, attempting to lift the victim from the ground. The victim fought the offender, releasing the offender’s hold of her, at which time the offender fled from the scene.

responded to shots fired that were detected by the ShotSpotter technology. Upon arrival,

foot. Officers gave chase, commanding him to stop at which point the man produced a

weapon and an armed encounter between the offender and police ensued. An officer

discharged his weapon and shot the offender. The man was transported to an area hospital

for treatment of his wounds and is in serious condition. A weapon was recovered at the scene. 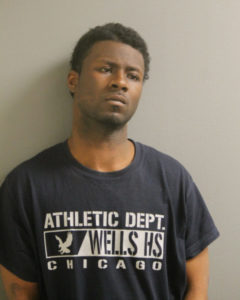 12 Mar 18-Community Alert-15th District
This alert gives notice to several Residential Burglaries to apartment buildings that have occurred within the boundaries of the 15th District (Austin). These burglaries have occurred within the area of Adams to West End, and Menard to Le Claire. In these burglaries the unknown offender(s) forcibly or unlawfully gain entry through a front or rear door, and remove property from the apartment.

22Feb18 Community Alert CHILD LURING TEMPLATE - JB161280-15th District
On February 21, 2018, at approximately 5:05 p.m., the female juveniles were walking home from a school located on the 4800 block of West Ohio St when an unknown male began following them.  The subject began to chase the victims after which the victims fled.