This alert gives notice in the 012th District (Near West) of robbery incidents which have occurred during the month of July. 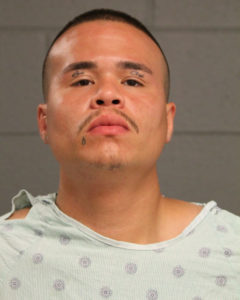 This alert gives notice to residents of the 018th District (Near North) of recently related armed robberies.

This alert gives notice of recent robberies that have occurred in the 011th District. In these incidents, the offender approached victims and, after displaying a black handgun, racks its slide.

06 Jun 17 CA-JA294119 Child Luring 16th DistOn June 05, 2017 at, at approximately 5:30 p.m., a 14 year old minor female victim got off the CTA bus and was on her way home walking in the 4200 block of North Cicero. The unknown offender began following the victim and was asking many questions. The victim continued walking away and the offender continued following and asked for her number, telling the victim that she can get to know him and she can come to his house. The minor victim in fear for her safety entered the McDonalds Restaurant to call her mother. The offender stayed outside the restaurant and was looking through the window gesturing with his hands for the victim to come here. The victim notified her aunt who called 911. The victim relates having seen this offender on two other occasions last year.

22 May 17 Attempt Child Luring Comm Alert 8th District JA274691On Monday, May 22, 2017, at approximately 3:25 p.m. in the 2500 block of W. 59th St., an unknown offender attempted to lure a 12yr old female. The victim had just been dismissed from Morrill School located at 6011 S Rockwell and was walking to an ex-neighbor’s house located in the 5800 block of S. Artesian, when the offender approached her on the sidewalk and stated “You are cute.  Do you want to go to the store and buy something.”  The victim continued past the offender, to the neighbor’s house and knocked on the door for several minutes, but nobody was home.  The victim, who was standing on the porch, noticed the same offender standing on the corner of 58th St and Artesian watching her.  Offender fled in an unknown direction.

21 May 17 – Community Alert-Child Luring 16th DistOn May 21, 2017, at approximately 5:20 p.m., the 6-year-old female juvenile was running southbound on the 5400 block of N. Neenah Ave when she noticed a silver or gray 4-door sedan vehicle with a male white driver pull up to her.  The unknown offender stated to the minor,” Are you ok? Do you want some candy? Come to the car and get in.”  The unknown offender became aware of the minor’s brother’s presence and fled from the location eastbound.  The minor was able to flee to her home in company of her two brothers, and alert her mother who called 911. 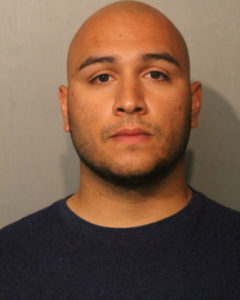 16 May 17 -Charges for Matthew De LeonDe Leon  was placed into custody after being positively identified as the offender who punched a 46-year-old female working as a security guard on the 600 block of N. Franklin on May 14, 2017 at 2:15 a.m.  On May 15, 2017, De Leon was arrested in the 2nd District (Wentworth) and charged accordingly.  No further information is available at this time. 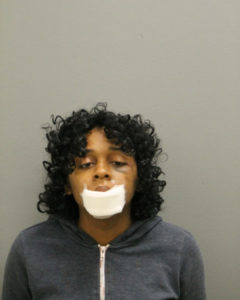 13 May 17 -Charges for Stapleton, Chynna, 24Stapleton was placed into custody on May 12, 2017 at 11:35 p.m. in the 100 block of W. 115th Street by 5th District Officers after she was identified as the operator of a 2002 Jeep Liberty that was used to fatally strike an 18-year-old female victim on the 11400 block of S. May at approximately 11:10 p.m. on May 12, 2017. Stapleton struck multiple vehicles after the incident as she was fleeing the scene. Stapleton was arrested and charged accordingly. No further information is available at this time.

14 May 17 – Business Alert 12th DistThis alert gives notice to businesses in the 012th District (Near West) of robbery incidents of retail businesses which have occurred during the month of April and May. Offenders enter business, approach victim(s), batter victim(s), and demand/take property by force.