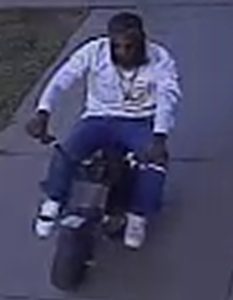 On October 10, 2015, at 5:37 P.M., a pedestrian was seriously injured while she was walking on the sidewalk on the 2900 block of East 95th Street. The victim was struck by someone operating a motorized scooter which was illegally driving on the sidewalk. The victim sustained serious injuries resulting in her hospitalization. The driver of the motorized scooter fled the scene after the incident. 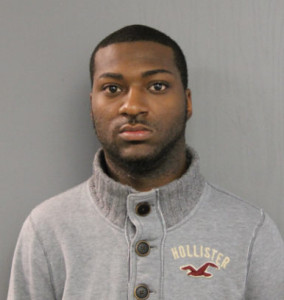 MAIU Hit&Run_608 15 008_On Saturday, May 9, 2015 at 3:15 a.m., a bicyclist was struck by the vehicle pictured below.  This is a northbound view of Western, Diversey and Elston intersection.  The driver of the vehicle did not cause this crash, but did not remain at the scene as is required. The rider of the bicycle sustained very serious personal injuries.  The driver of the below pictured vehicle fled the scene of the crash northbound on Western from Diversey. 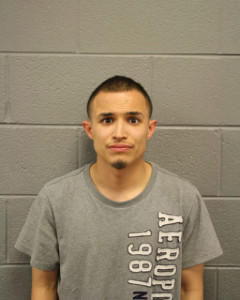 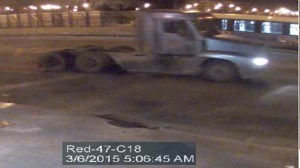 On March 6, 2015, at 05:06 A.M., a motorist was seriously injured, while travelling south on Wentworth Avenue at 47th Street, when she was struck by a Silver Blue Semi-Truck with No Trailer Attached at the intersection of 47th and Wentworth Ave. The wanted vehicle was traveling west on 47th Street just prior to the hit/run incident and then continued north on Wentworth Ave, going the wrong direction on a one way street before turning off onto Swann Street heading west.

Wanted for Hit and Run Accident

On Monday, January 12, 2015, at approximately 3:53 p.m., a 27-year-old female school crossing guard was struck by a sport utility vehicle at the intersection of 127th Street and Union Avenue. This incident occurred while school children were crossing the street. As a result of the crash, the crossing guard sustained serious personal injuries. The driver of the striking vehicle fled the scene of the crash without identifying himself / herself or rendering aid to the victim.