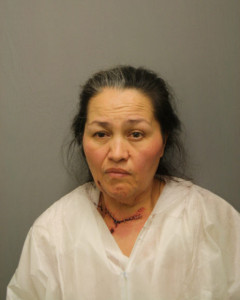 Rodriguez was arrested after she was identified as the person responsible for inflicting fatal injuries to her 7-month old granddaughter on March 9, 2015, at approximately 9:20 a.m., in the 2800 block of S. Avers. Family members entered the apartment and discovered the victim unresponsive and notified CFD and police. The offender was placed into custody and transported to an area hospital for treatment of self-inflicted injuries. The offender was treated, released, and subsequently charged.