28 May 19 - Business Alert - 17th District Thefts - P19-N-137BA
There have been recent construction site thefts in the 17th District. In these incidents, the victims were contractors and construction companies that were doing demolition work or rehabbing buildings. The unknown offender took electrical wiring, copper wiring or copper piping from the construction sites.

25 May 2019 - Police Involved Shooting - 1100 S
CHICAGO – On Saturday, May 25, 2019 at approximately 10:11 p.m., 11th District tactical officers were on routine patrol addressing large crowds in the vicinity of the 1100 block of S. Whipple, when they observed a male subject drinking an alcoholic beverage in a vacant lot.  The officers exited their vehicle and approached the subject to conduct a field interview at which time the subject fled on foot. Officers pursued the offender to an alley where he fired his weapon in the direction of the officers, which resulted in the officers discharging their weapons, striking the offender.  The offender was transported to an area hospital for treatment of his wounds and is listed in critical condition. No officers were struck by gunfire and a weapon was recovered on scene.

23 May 19 - Community Alert - 8th District Robberies - P19-1-165CA
This alert gave notice to citizens in the 008th District (Chicago Lawn) of robbery incidents that occurred during the month of May.  In those incidents, the offender(s) approach the victim(s), produced a handgun, and demand property. Incident times and locations are listed below:

23 May 19 - Community Alert - 008th District Burglaries
This alert gives notice to residents in the 008th District of burglary incidents which have occurred during the month of May.  In these incidents, an offender gains entry into a residence and removes items from therein. The incidents are listed below: 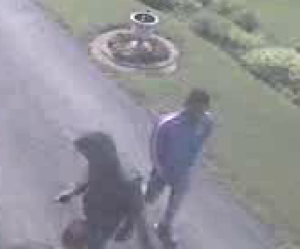