This alert gives notice to citizens in the 008th District (Chicago Lawn) of robbery incidents which have occurred during the months of February and March.

CHICAGO – Mayor Rahm Emanuel and Chicago Police Superintendent Garry F. McCarthy commemorated the latest graduation of 111 police recruits in a ceremony today at Navy Pier. Over the past three and a half years CPD has increased the pace of hiring to keep the Department at full strength. In that time more than 1,250 new police officers have joined the force and there are nearly 250 additional recruits being trained in the police academy today. The Department has also made promotions at every rank.

Click here for more information about the Recruit Graduation

This alert gives notice to citizens in the 012th District of garage burglary related incidents have occurred between March 23 through March 27, 2015. In these incidents, unknown offender(s) enter the garages of residents by force or by way of open doors and remove property from within.

This alert gives notice to citizens in the 009th District (Deering) of robbery incidents which have occurred during the month of March. In these incidents, one or two offenders approach victims, display / imply a handgun and/or weapon and demand
their property. 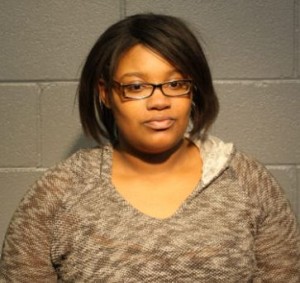 Thomas and Branch were arrested and charged after being identified as two of four offenders responsible for participating in the armed robbery of a convenience store on the 500 block of North Halsted, at approx. 2:55 am on March 27, 2015. Officers on routine patrol were informed of a robbery in progress at above location. Upon arrival, police observed the offenders robbing the establishment. The offenders fled the scene in a vehicle and crashed at Grand and Cortland, after which they attempted to flee on foot. Thomas and Branch were subsequently apprehended and charged accordingly. During the course of the robbery, a 24 year old male employee was struck in the head with the butt of a gun and another 23 year old male employee sustained a laceration to the hand. Both victims were listed in good condition. Thomas was also faces a Domestic Battery charge on an unrelated incident. Two additional male offenders are still being sought in connection to this crime.

28Mar15 Charges for Mitchell and Branch 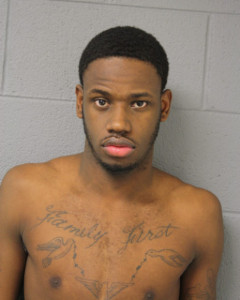 Handcox was arrested in connection to a murder that occurred on the 9200 block of South Ada, March 9th, 2015 at approx. 1:25 am. He was charged after being identified as the offender responsible for fatally shooting a 26 year old man in the head. The victim was discovered unresponsive on scene and transported to Stroger Hospital, where he later died as a result of his wound. 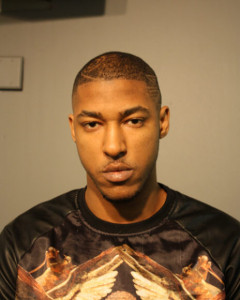 Smith was arrested in connection to a murder that occurred on the 2200 block of West Winnemac Ave, March 22nd, 2015 at approx. 6:30 pm. He was charged after being identified as the offender responsible for fatally shooting a 21 year old man in the head. The victim was discovered unresponsive on scene and transported to Illinois Masonic Hospital, where he later died as a result of his wound.

CHICAGO – On Thursday, March 26, 2015, at approximately 9:30 a.m., Chicago Police Officers Walter Bland, John Munoz, Sherida Shepherd and David Dorking were working at Midway Airport when they were approached by an airport restaurant employee who informed them that a patron was in physical distress and needed immediate assistance. Officers rushed to the scene and discovered the 73-year-old male victim seated in a chair and not respiring.

Medina and Marchan were arrested after they were identified as the persons who entered several retail businesses in the 17th and 25th districts from February 1st to March 25, 2015 and robbed the establishments.  Medina entered the businesses announced a robbery and displayed a handgun on two of the incidents and a knife in the others, before demanding money and property. Medina would then flee in a vehicle driven by Marchan. Area North detectives issued a Business Alert on March 17, 2015 informing the business owners in the area.  Medina and Marchan were subsequently arrested and charged accordingly.  No further information is available at this time.Charges for Medina and Marchan