This alert gives notice of recent Thefts of rims and tires that have occurred in the 16th District. In each incident, the offenders are committing these acts while the vehicles are parked on residential streets during overnight hours.  In most cases the victim’s vehicles are left resting on cinder blocks or paver blocks.  Incident times and locations are listed below:31 Mar 18-Community Alert 016th District Theft-Over $500 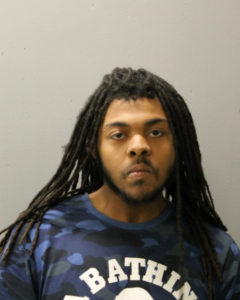 30 Mar 18 -Charge Release for Darryl Payne 1
Payne was arrested on March 29, 2018 at approximately 6:30 p.m. after he was identified as the offender involved in a robbery on a CTA Blueline train on January 24, 2018 at approximately 2:41 p.m. in the 400 block of S. Damen Ave.  The 54 year-old male victim was exiting the train when Payne grabbed the victim’s cell phone from the armrest of the victim’s wheelchair and fled in an unknown direction.  Payne was later identified through CTA Ventra card usage and CTA surveillance.  Payne was subsequently placed into custody and charged accordingly  No further details are available at this time. 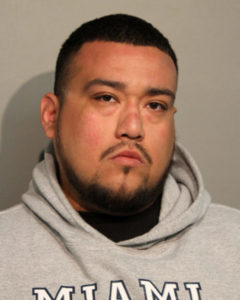 30 Mar 18 - Charges David Gutierrez Search Warrant Cannabis Seizure
Gutierrez was arrested on March 29, 2018, on the 4800 block of N. Kirk St. in Skokie, IL at approximately 6:30 p.m., following a search warrant  Tactical Officers from the 20th District executed the search warrant and discovered inside of Gutierrez’s residence an estimated total of 423 pounds of Cannabis with an estimated street value greater than $3 million dollars. In addition to the Cannabis, officers also recovered four handguns and a shotgun along with a large amount of U.S.C.  Gutierrez was placed into custody and charged accordingly.  No further information is available.

30 Mar 18- Community Alert- Robberies 17th District
This alert gives notice of two recent Armed Robberies that have occurred within the boundaries of the 017th District (Albany Park) on Beat 1713. In both incidents, the offender approached the victims, displayed a handgun and took property from the victims

30 mar 18-Community Alert-Redline Robberies
Area Central Detectives are seeking the public’s assistance regarding three Robberies that occurred on the Red line train as the train approached the Fullerton Stop. The offenders would approach there victim acting as they were armed with a handgun demanding property from their victims and taking the victims property by the use of force. These incidents occurred on March 30, 2018 at approximately 12:45 am. on CTA property located in the 900 block of W. Fullerton