Deering neighborhood on beat 431. In these incidents, two male offenders exited a

vehicle, grabbed the female victims, knocked them down and forcibly took their

property. The offenders were armed with a handgun. Incidents occurred between


On July 30, 2018 at approximately 1:55 a.m. a citizen was struck by a vehicle in the 6600 block of South University Ave. The citizen sustained critical injuries.

28 Jul 18 Wanted for Attempt Child Abduction 12th Dist
On Friday, 27 July 2018, at approximately 6:30 p.m., in the 2700 block of West Augusta Blvd, an offender entered a front yard and attempted to abduct a 6 year old boy while he was playing with a basketball.  A family member intervened and stopped the attempt. The offender fled on foot.

27 jul 18-Community Alert-3rd District-Motor Vehicle Thefts
This alert gives notice to citizens in the 003rd District (Grand Crossing) of motor vehicle theft related incidents which have occurred during the month of July. In these incidents, victims park their vehicles legally on the street and return to find them missing.  Incident times and locations are listed below:


This alert gives notice to residents in the 12th District (Near West) of recently reported aggravated vehicular hijackings on beats 1214, 1215, and 1232.  In the first incident a valet driver was parking a vehicle when he was approached by two offenders who displayed handguns, struck the victim, took the victim’s property and stole the vehicle.  In the second incident, the victim parked a car and was subsequently approached by 5 offenders.  One of the offenders displayed a handgun at which point they entered the vehicle and fled the scene.  In the third incident, a ride share driver was waiting for his client when he was approached by two offenders.  One of the offenders displayed a firearm and then both offenders entered the victim’s vehicle and fled South-bound on Ogden Av. 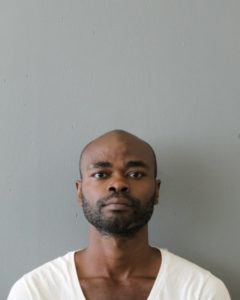 
This alert gives notice to businesses in the 3rd District (Grand Crossing) of robbery related incidents which have occurred during the month of July. In these incidents,the offender entered the businesses, approached the cashiers while displaying a handgun, and demanded the employees to open the cash register. In two instances, the offender fled on a bicycle that was described as blue or black and white.