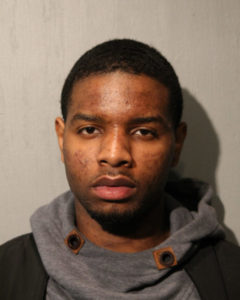 28 Feb 18 - Three Men Charged With Armed Robbery
Dorsey, Brewer and Moore were taken into custody after being positively identified as the offenders involved in an armed robbery that occurred in the 0 – 100 block of W. Wacker Dr. on February 27, 2018 at approximately 2:17 p.m.  During the incident an offender opened the passenger side door to the female victim’s vehicle and demanded her property while holding a handgun.  The offenders then fled on foot with the victim’s cell phone and necklace.  Responding officers located the offenders a short distance from the robbery and were placed into custody.  The victim was not injured and the offenders were charged accordingly.  No further information is available at this time

27 FEB 18- Community Alert 012th District Armed Robbery jb165148
This alert gives notice to the residents in the 012th district of an armed robbery which occurred on February 25, 2018. The male offender entered a retail store, approached the cashier, displayed a weapon and demanded money. The unknown offender fled westbound on Cermak Rd. in the vehicle pictured above. Area Central Property Crimes Detectives are looking to identify the above pictured subject and vehicle.

exit the vehicle. While exiting the vehicle, an adult male occupant pushed an officer and then

fled on foot in the direction of multiple parked tractor trailers. A brief foot chase ensued

leading to an encounter in which an officer discharged their weapon, striking the offender. The

23 FEB 18- 017th District Community Alert- Crimianl Sexual JB161845
On February 22, 2018 at approximately 5:00 p.m. a 23 year old woman was inside a local grocery establishment on the 4600 block of West Irving Park. The victim was approached from behind by an unknown offender who inappropriately contacted the victim 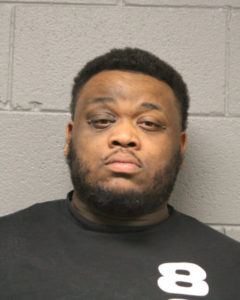 22Feb18 Community Alert CHILD LURING TEMPLATE - JB161280-15th District
On February 21, 2018, at approximately 5:05 p.m., the female juveniles were walking home from a school located on the 4800 block of West Ohio St when an unknown male began following them.  The subject began to chase the victims after which the victims fled.

21 FEB 18- Community Alert 009Th District Burglaries P18-1-057CA
This alert gives notice to citizens residing in the 009th District (Deering) of burglary related incidents which have occurred during the month of February.  In these incidents, unknown offender(s) gained entry by force or unlawfully entered into residences/garages and took property from within.  These incidents have occurred at various hours of the day in the general geographical locations listed below: