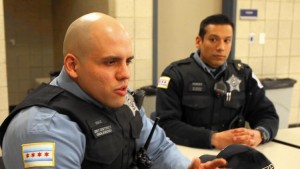 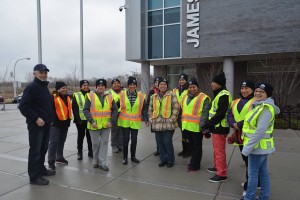 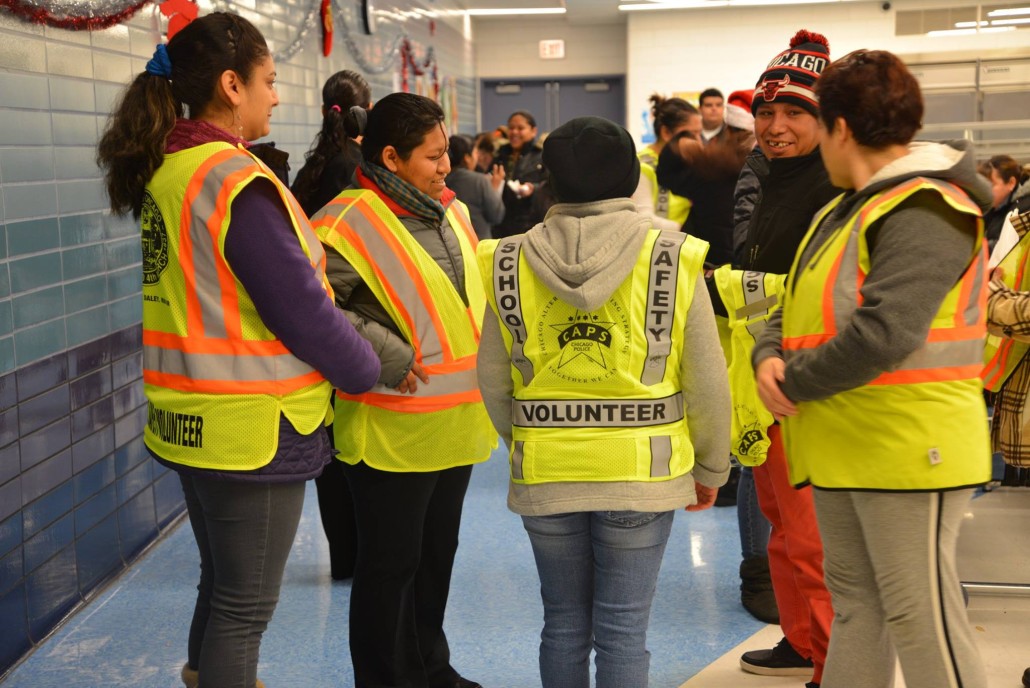 A big thank you to the 20 parents from James Shields Elementary School who partnered with the 009th District CAPS Office to join the CAPS Parent Patrol. This is a volunteer program where parents are trained by Chicago Police on how to organize and communicate with each other when helping children get to and from school. 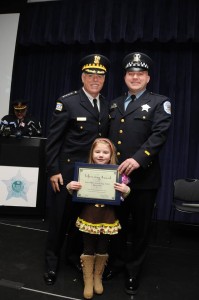 Chicago Police Superintendent Garry F. McCarthy presented awards to exceptional officers at the monthly Departmental Commendation Ceremony. Officer Jacek Leja from the 06th District, pictured here with his daughter, was the recipient of the Lifesaving Award.

The Chicago SunTimes was in attendance and posted this great article on their website.
“Daddy catches bad guys: Cops bring kids to award ceremony” 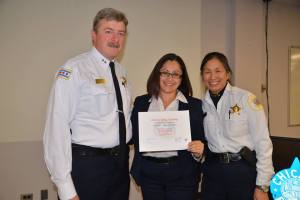 Congratulations to the newest graduates of the Citizens Police Academy! 33 nominated community members took part in a nine-week course that includes topics such as an Overview of the Chicago Police Department, Organized Crime and Academy Physical Skills. A new class will begin in Spring 2015.

Superintendent Garry F. McCarthy presented awards today to outstanding officers at the Superintendent’s Monthly Departmental Commendation Ceremony. The event recognizes officers who have distinguished themselves and the Chicago Police Department by their exemplary bravery and laudable actions.

Officer David Harris, a ten-year Department veteran who tragically lost his life in a traffic crash while off-duty on March 14th, was posthumously awarded a Department Commendation today. It was accepted on his behalf by his wife, Sandra Harris, and his mother, Nora Harris