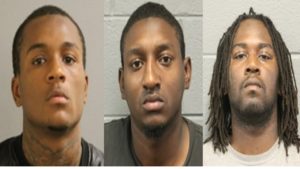 Terris Williams,  David Stuart, and Johnny Richardson  were taken into custody in connection to a shooting that occurred in the 3000 block of W. Lexington on September 27, 2015, at approximately 9:40 pm. Two male victims were standing outside when the offenders fired shots from a vehicle striking both victims. Officers in the area then observed the offending vehicle fleeing the scene and a traffic pursuit ensued. The offenders were subsequently taken into custody and charged accordingly. Several weapons, including a rifle, were recovered on the scene. The first victim, an 18-year-old male, was transported to Mt. Sinai Hospital in stable condition after he sustained a gunshot wound to the chest. The second victim, a 23-year-old man, refused medical attention on the scene with a graze wound to the wrist. There is no further information available.

On Monday, September 28, 2015 at approximately 7:40 a.m., on the 6900 block of S. Lawndale, an unknown White Hispanic Male attempted to lure a 15-year-old male juvenile into his vehicle. The unknown male was driving a Blue Chrysler mini-van. The offender pulled up to the male juvenile, who was sitting on the curb waiting for a bus, and asked him if he needed a ride. The juvenile stood up and the offender said never mind and drove southbound on Lawndale.

A group of 4-5 male black subjects have robbed victims on the street armed at gunpoint. These incidents have occurred in the 015th District, in the area covering Laramie to Austin, and Madison to Washington.

There have been numerous recent garage burglaries in the 10 Sector of the 17th District. In these cases, an unknown offender forcibly enters the victim’s garage through the side service door and takes bicycles and other property.

This alert is to inform the residents of beat 1732 of recent Garage Burglaries. In these cases, an unknown offender forcibly entered the victim’s garage and removed numerous tools, tool boxes, compressors, and other misc. property. 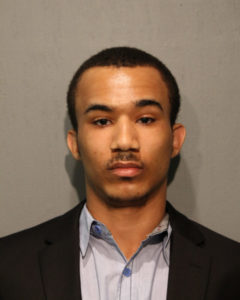 Nemroy Murray Jr. was arrested after he was identified as the man who shot a 34 year old man during the commission of a robbery. This incident occurred on September 7, 2015; at approximately 2:40 p.m. in the 2500 block of W. 71st Street. Murray approached the victim as he was seated in his vehicle and demanded his property. The victim struggled with Murray for the gun and as a result he was shot in the chest. The victim drove himself to Holy Cross Hospital and was then transferred to Christ Hospital with a graze wound to the chest. Murray appeared in Central Bond Court on September 25, 2015. No additional details are available at this time.

Shawn Black was arrested after he was identified as the man who shot three men on September 2, 2015, at approximately 9:05 a.m. in the 2600 block of E. 74th Place. A 25 year old male sustained a gunshot wound to the head and was taken to South Shore Hospital where he was pronounced. A second victim, male 29 years old, sustained two gunshot wounds to the back and one to the chest. He was taken to Stroger Hospital in critical condition. The third victim was a male, 50 years old. He sustained a graze wound to the back and was transported to Jackson Park Hospital for treatment. Black was charged accordingly. No further details available at this time. 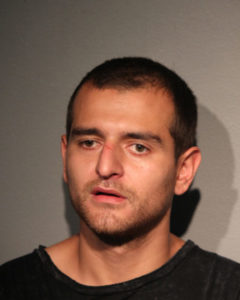 Xavier Rodriguez was arrested after he was identified as the man who sexually abused a 22 year old female on CTA property. This incident occurred on September 25, 2015, at 3:40 a.m. in the 900 block of W. Fullerton Ave. Rodriguez grabbed the 22 year old female from behind and sexually abused her. Rodriguez fled the scene when the victim screamed for help. The victim refused medical attention and Rodriguez was charged accordingly. No further details are available at this time. 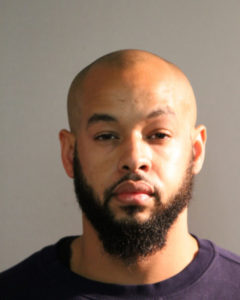 Marvin Lee was arrested and charged in connection to a shooting that occurred on the 700 block of E. 47th Street on September 26, 2015, at approximately 12:00 pm.  The 25-year-old male victim, who was an acquaintance of the offender, was pronounced at Stroger Hospital after the offender shot him during an altercation.  There is no further information available.