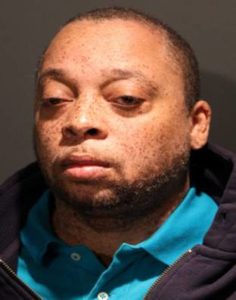 03Mar16 Charge Release Murder – Reggie DanielReggie Daniel was arrested after he was identified as the man who murdered a 45-year-old male in the 500 block of S. Kinzie Street on March 2, 2016 at approximately 7:05 p.m. After a verbal altercation, Daniel shot the victim in the head and chest and fled the scene. The victim was transported to Mount Sinai Hospital where he was pronounced. Later, Reggie Daniel turned himself into police custody and he was charged accordingly. No further information is available at this time.

On March 1, 2016 at approximately 7:00 a.m. in the 300 block of East 35th Street, an unknown male attempted to lure a 14-year-old female into a vehicle while she waited at a bus stop on her way to school. The male offered the female a ride, exited the vehicle and attempted to grab her by the arm. The female was able to pull away and board a bus.

This alert gives notice to citizens residing in the 19th District (Area North) of Robbery related incidents that have occurred during the month of February.  In these incidents, offender(s) used force and threat of force and taking personal property. Incident times and locations are listed below:

Always be aware of your surroundings.Report suspicious activity immediatelyIf you are confronted by an assailant remain calmRemember any unique physical characteristics (ie., scars, limp, acne, teeth)Never pursue a fleeing assailant, provide the information to the policeIf approached by a witness to the incident, request contact informationDial 9-1-1 immediately and remain on scene when possible