This alert gives notice to citizens in the 009th District (Deering) of armed robbery incidents which have occurred during the month of November/December.  In these incidents, unknown male black offender(s) approach victim(s) and demand their property. Incident times and locations are listed below:

Offender(s) are described as: 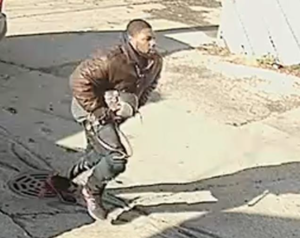 On Dec 7, 2016 at 11:52am in the 5100 Block of South Long, a Female, 94, was followed into the hallway of her home by an unknown male black offender.  The offender grabbed the victim’s purse, battered the woman, and fled the scene with the purse.  The victim sustained facial injuries and was taken to Macneal Medical Center in stable condition.  A short time later, officers discovered an abandoned vehicle crashed in the alley of 5700 block of south archer.  Officers determined the vehicle was stolen and believe the offender of the robbery fled in the stolen vehicle. The offender is described as a male black, approx. 30 years old, with short black hair, beard, and a brown leather jacket. No one in custody and detectives continue to investigate the case.

and took her purse. The offender then fled the scene in a stolen vehicle, which he is

observed crashing and fleeing from at 5700 Block of S. Archer. The offender fled

eastbound on foot from the crash. The vehicle was reported stolen from the area of

Detectives are seeking to identify one male black offender, approximately 25-35

• Always lock your doors and windows

• If video surveillance equipment is present, please save a copy of the incident

• If approached by a witness to the incident, request contact information

If you have any information Contact the Bureau of

(009th) District this weekend. The DUI Strike Force Patrol will commence at 6:00 p.m. on

Park (17th) District this weekend. The DUI Strike Force Patrol will commence at 7:00 p.m. on 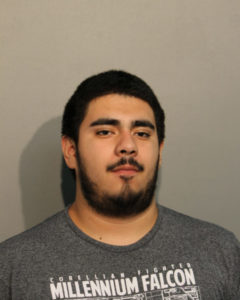 Charges: Four Felony Counts of Robbery – Armed with a Firearm

Narrative: Villalobos-Garcia was arrested by 20th District Officers on the 1400 block of

identified as the offender in an armed robbery. On November 27, 2016 at

approximately 6:05 p.m. a 21 year-old male was approached by Villalobos-

Garcia on the 5800 block of N. Ridge Ave where Villalobos-Garcia pointed a

handgun at the male and demanded the male’s money. The victim complied

and Villalobos-Garcia fled. No further information is available.

of the 015th District (Austin). There have been two Armed Robberies in which the

victims agreed to meet an unknown female subject via a social media website. Once

There are two offenders, both are described as male blacks, unknown age,

approximately 5’8″ to 5’10” tall; one offender had a dreadlocks hairstyle.

• Be aware of this crime and alert your neighbors.

• Pay special attention to any suspicious people loitering in the area.

• Do not arrange to meet with strangers through social media websites.

including any vehicle description and license plate information.

Narrative: Randle was placed into custody for the aggravated battery and robbery of a

wounds to the body during the commission of a robbery and was taken to Mt.

Sinai hospital in serious condition. Randle was charged accordingly. No

further details are available at this time. 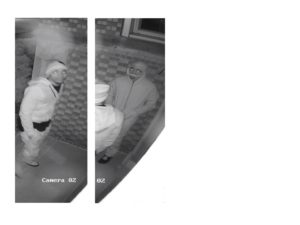 incident that occurred. Two male subjects approached the UPS driver while armed with

a handgun. The offenders took personal items and money from the UPS driver by force,

then removed several undelivered packages from the truck before fleeing on foot.

What You Can Do:

• Always be aware of your surroundings

• If you are confronted by an assailant, remain calm

• Never pursue a fleeing assailant, provide information to the police

• If approached by a witness to the incident, request their information

If you have any information about this incident, please call the Area

prosecution of this crime.