This alert gives notice to businesses of the 008th District (Chicago Lawn) of an increase in Burglary related incidents during the month of February. In these incidents, offender(s) force entry through the front of a business and remove property from within. 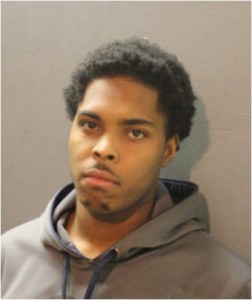 On March 2nd, 2015, at approx. 7:45 pm, Damarco Darring was taken into custody during a traffic stop for minor traffic violations on the 8600 block of South Morgan Street. Further investigation by the officers revealed that Darring was wanted in connection to a burglary that occurred at 5:10 am, September 22nd, 2014, on the 1600 block of North Wells Street. Darring was arrested without incident and charged accordingly.

This alert gives notice to the residents of the 25th District (Grand Central) of several recent residential burglaries that have occurred. In these incidents, unknown offender(s) have entered apartments and residences, through windows or doors, and have taken electronics, jewelry, cash, and other miscellaneous items. 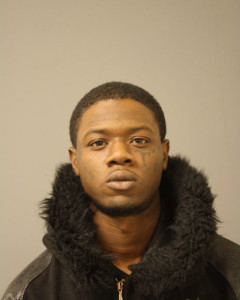 CHICAGO- Chicago Police have arrested four offenders with known affiliation to the Gangster Disciples street gang for their participation in a series of high-profile consumer retail store burglaries in the city.

On Tuesday, February 24, 2015, at approximately 6:25 p.m., a 55-year-old female was struck by a vehicle while crossing the street on the 3400 Block of North Harlem Ave. As a result of the crash, the victim sustained serious personal injuries and is being treated at an area hospital in critical condition. The driver of the striking vehicle fled the scene of the crash.

When the officers arrived on the scene they were met by the victim’s distraught family members who stated that the victim was not breathing. The officers immediately took control of the situation and placed the 67 year-old male on the floor. One of the officers then began to administer Cardiopulmonary Resuscitation (CPR), and worked as a team to revive the victim. Chicago Fire Department arrived on the scene shortly after and transported the victim to U of C hospital where he is currently listed in stable condition.

This alert gives notice to the residents of the 11th District (Harrison) of two Armed Robbery-Related incidents that have occurred in the month of February. In both incidents, the three unknown offenders displayed a handgun and demanded money and property from the victims. In one incident, the offenders took the victim’s wallet.

On February 16, 2015, at approximately 1:15 p.m., in the 6200 block of S. Cottage Grove, a 16 year old boy was approached by an unknown male subject. This subject produced a handgun and fired at the victim as he was attempting to flee. The victim was taken to University of Chicago Hospital in serious condition with a gunshot wound to the lower back.

The subject fled the scene before he could be apprehended. Detectives were able to secure images of the suspect. We are asking for the public’s assistance in helping identify him.