Area South Detectives are seeking help from the community in identifying the offenders who committed a recent murder.  The incident occurred in the 13000 block of S. Drexel Ave. in Beat 533. The offenders entered a courtyard and one of the offenders discharged a handgun, shooting and killing a 50-year-old male. Another victim was also shot and injured in this incident. 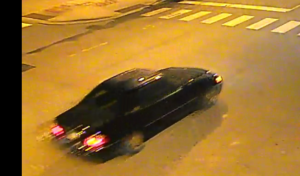 
On Monday, September 10, 2018, at approximately 12:00 a.m., a 15-year-old female victim was walking in the 2600 Block of West Bryn Mawr Ave., accompanied by her mother, when a White Hispanic male motioned for her to come towards his room at a motel. The offender continued to motion for her to come over to his room and the offender stated to her in Spanish, “I want to have sex with you and I want drugs.” The mother of the juvenile confronted the offender and the offender then went back into his room. The mother of the victim contacted the police. 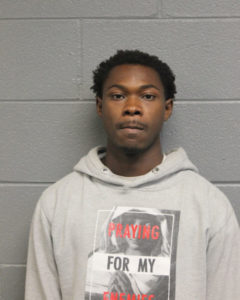 08 Sep 18 - West Side Man Charged in String of Armed Robberies
Jackson was arrested by the Area Central Robbery- Burglary Tactical officers on September 8, 2018 on the 400 block of North Oakley Blvd. at approximately 6:25 a.m. Officers approached Jackson while he was riding a bicycle after he matched the description of the offender wanted in numerous armed robberies and an attempted criminal sexual assault that occurred in the 12th District.  Jackson was later positively identified as the offender and was charged accordingly.  No further information is available at this time.

08 Sep 18 12th District Robberies and Attempt CSA P18-1-282 CA
This alert gives notice in the 012th District (Near West) of robbery incidents which have occurred during the month of September on beats 1221 and 1223.  In these incidents, the offender approaches victims on foot while they are walking or near a vehicle, displays a silver handgun, and takes the victim’s property.  The offender flees the scene.  In one incident, the offender directed a female victim to a gangway, demanded the victim to remove clothing, and searched the victim’s purse for condoms.  The victim was able to scream, causing the offender to flee the scene.  These incidents have occurred in the geographical locations listed below.

07 Sep 18 Community Alert- Wanted for CSA 22nd District
On September 4, 2018 at approximately 3:56 p.m., in the 1400 block of W. 109th Pl. an unknown male exited a white van with two cargo doors and approached the 13 year old female victim from behind. The offender then placed the victim in a chokehold and forced the victim into the aforementioned van. The victim observed no distinguishing marks or writings on the van. Once inside the vehicle, the offender sexually assaulted the victim. The victim was subsequently able to escape and notify authorities.

06 Sep 18 Suspicious Incident 15th Dist
On September 05th, 2018, at approximately 3:45 p.m., two 13 year old school girls were waiting at a bus stop, located on the 1000 block of S. Austin Blvd.  A male approached them on foot and twice asked them if they wanted to make some money.  The girls told him no and the male walked away South bound with no further interaction.  While not illegal, the male’s actions were upsetting to the girls.


On August 23, 2018 at 2:05 a.m. a bicyclist was last seen riding his bicycle eastbound in the 4600 block of west Division Street.   He was then struck by a vehicle driving eastbound on Division Street from Cicero Avenue.  A 42-year-old male was possibly struck by the below described vehicle and died from his injuries.