05 FEB 17- 020th District Business Alert- Burglaries P18-N-042(BA)
This alert gives notice of recent Burglaries that have occurred to businesses in the 20th District (Lincoln). In these incidents an unknown offender(s) forcibly entered the business through a door or window, and removed property from the business. 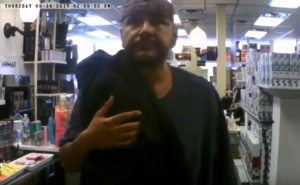 This alert gives notice to the residents of the 20th District (Lincoln) to recent Strong Armed Robberies that have occurred within the District. During these incidents, the lone female victims were approached by the offender(s) on foot. The offender(s) pushed the victims and took property that the victims were holding in their hands before fleeing.

NEWS RELEASE
Chicago Police Department
Eddie T. Johnson Anthony Guglielmi
Superintendent Chief Communications Officer
312-745-6110 · 3510 South Michigan Ave., Chicago, IL 60653 · Fax 312-745-6999
For Immediate Release Contact: Office of Communications
May 10, 2017 312-745-6110
DUI SATURATION PATROL –LINCOLN (20TH) DISTRICT
The Chicago Police Department will be conducting a DUI Saturation Patrol in the Lincoln (20th)
District this weekend. The DUI Saturation Patrol will commence at 6:00 p.m. on Saturday, May
13, 2017 and end at 2:00 a.m. on Sunday, May 14, 2017.
The purpose of this program is to saturate a pre-designated area with roving police officers that
continually monitor vehicular traffic for signs of impaired driving. Patrols also place emphasis on
speed, alcohol-related and safety belt violations. Police vehicles equipped for speed detection
are deployed to apprehend speeding violators.
In addition, the Breath Alcohol Testing (BAT) Mobile Unit may also be deployed to allow officers
to expedite the process of charging a person with Driving under the Influence (DUI) prior to
transporting an alleged into the nearest lockup for bonding. The mobile unit also allows for
Individual Recognizance Bonds (I-Bonds) to be issued at the site of the DUI Saturation Patrol.
The DUI Saturation Patrol conducted in the Town Hall (19th) District on May 6 – 7, 2017 resulted
in the following:
Driving Under the Influence 0
Unsafe Vehicle Violations 39
Insurance Violations 6
Seat Belt Violations 6
Traffic Violations (Other) 36
Total Citations 87
Other Arrests 0
Vehicles Towed 0
# # #