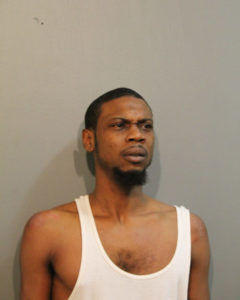 Anthony Harris, 31 and Charmaine Latrice Renfro, 39 were arrested after they were identified as the persons that forced an 18 year old female into prostitution and held her against her will.  With the help of a witness, the victim was able to contact the police on March 19, 2016. Further investigation led investigators to the 2800 block of E. 78th St. Harris and Renfro were arrested and charged accordingly. The victim was taken to Trinity Hospital for treatment and was listed in stable condition. Both Harris and Renfro appeared in bond court on March 23, 2016 at Central Court – 26th and California.

The offender is described as a male, race unknown, 18-35, with a shaved head and tan skin wearing a white dress shirt with red colored neck tie. The vehicle is an unknown make and model, 4-doors, black in color with silver trim around the windows. 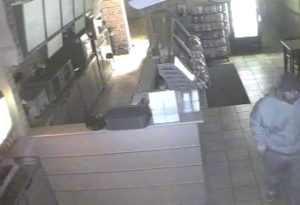 There have been several overnight burglaries to retail establishments in the 016th District. In these incidents, unknown offender(s) have gained access to the businesses by shattering the front glass window or by prying the front entrance open. Offender(s) have also gained entry to the premises through the roof.

This alert gives notice to citizens residing in the 011th District (Harrison) of two robberies that occurred in the month of March. In both incidents, the victims were passengers on a CTA train when the offenders approached the victims and demanded their jackets and cell phones.