Armed Robberies that occurred in April. In all three incidents, the offenders

displayed handguns and demanded property from the victims. 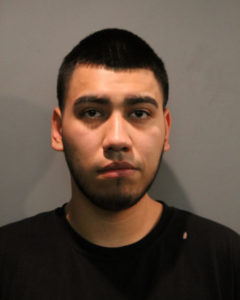 Giovanni Garcia, 20 was arrested in connection to a fatal shooting incident that occurred on the 5400 block of S. Karlov on April 8, 2016 at approximately 7:00 p.m. during which he shot a 23-year-old female victim while she was seated in the passenger compartment of a vehicle. The victim was transported to Mt. Sinai Hospital where she was later pronounced.

This alert gives notice to citizens residing in the 009th District (Deering) of garage burglary incidents which have occurred during the month of April. In these incidents, offender(s) gain entry into residential garages and take property from therein. These incidents have occurred at various hours of the day in the general geographical locations listed below:

To resolve this matter without the time and costs of litigation and to promote the purposes of Title VII, the United States and Chicago have entered into a “Stipulated Consent Judgment” settling the lawsuit.

On March 2, 2016, the District Court provisionally approved this settlement. On April 21, 2016, the District Court provisionally approved minor revisions to the settlement terms. The Court will hold a fairness hearing on Tuesday, June 7, 2016, to decide whether the proposed settlement is fair, reasonable and adequate under Title VII. Anyone who wishes to object to the terms of the settlement must fill out a written objection form and return it to the United States no later than Friday, April 29, 2016.

If you have any questions, you may call the Employment Litigation Section of the Civil Rights Division of the Department of Justice at 1-800-556-1950, Box # 4.  If you call this number, please leave a message with your name, address, telephone number, and a time when you can be reached.  You may also email your questions to [email protected]  Your call or email will be returned as soon as possible.

(Albany Park) of Vehicular Hijacking incidents that have occurred during the month of April.

In these incidents an unknown offender(s) approached the victims, displayed a handgun

and took the victim’s vehicle.

Shakespeare (14th) District this weekend. The DUI Strike Force Patrol will commence at